Truth or Dare by Non Pratt. There are two sides to every story. This is so true and something people seem to forget at times.

How far is too far when it comes to the people you love? Claire Casey hates being the centre of attention. But if it means getting Sef Malik to notice her, it’s a risk she’s happy to take. Sef is prepared to do anything to help his recently disabled brother. But this means putting Claire’s love – and life – on the line. Because when you’re willing to risk everything, what is there left to lose?

Im not really sure where to start. This is another book that I had no idea what I was getting into when I statred reading it. It was the featured book in my illumicrate box and I had no idea what it was about. Once I started it I couldn’t put it down. If I didn’t have kids to look after I probably would have read it in one sitting. The book focuses around Clair Casey and Yousef ‘Sef’ Malik. Sef’s brother Kam suffered an accident and he wants to raise money for his care. Through chance Claire is volunteering to read to patients and the care home Kam is at. Sef and Claire end up working together to set up a YouTube challenge page to raise money as Truth Girl and Dare Boy. However it turns out it is not as easy as thy originally thought and internet fame isn’t all it’s made out to be.

The book is written in three parts. You read part one then flip the book over for part two. I loved this style of writing. We get to see all the events up to a certain point for Claire Casey point of view then flip to part two and then we see events from Yousef ‘Sef’ Malik point of view up to the same point. Then part three is from both points of view. I loved the two points of view. Even though both sides are in the same timeline you don’t get relive events instead you get to see things that we never would have known or that claire brushes over without detail. It was also made very clear who’s point of view we were meant to be following.

I loved all the characters. Which is rare. Sef started off as a bit of a jerk but his brothers accident changed him and he struggles to deal with it. Claire could be a bit of a push over and at times I wanted to scream at her to stand up for herself. As their channel grows so does her confidence. Sef and Claire were good for each other and came into each others lives just when they needed it.

This book is full of diverse characters. Sef is obviously not white which is refreshing a for a lead male as it dosn’t happen often. The book shows the harsh reality of racism. Sef just shrugs off the racist comments made online whereas Claire cries about them. Sef has become desensitised to these types of comments as he has gotten used to people’s ignorance, which is sad. He shouldn’t have to put up with other people ignorance but this is the harsh reality of everyday racism. Claire on the other hand has never had to deal with these things and it shocks her and gets upset about what is said about him.

The book also touches on body shaming as Claire gets rude comments about her body and weight. There is also a school bully that thinks it is all right to go around grabbing her boobs and taking pictures under her friends skirt when she rejects him. They way it is dealt with in the book is very realistic. It’s not right what claire goes though but it reflects the horrible reality of this kind of sexual harassment. Clair brushes it off at first not wanting draw attention to herself but finally reports it after what happens to her friend Seren.

Seren is another great character. She is Asexual and proud but not everyone seems to understand that. Her friendship with Claire hits a rough patch after their other fried Rich is an idiot. I like how there argument played out and the way they made up it was very realistic to how teenagers act. There are many other issues the book touches on such as trust, love, friendship, grief, victim blaming, disabilities the list goes on. Truth or Dare is an amazing book and I really enjoyed it. It was an emotional rollercoaster and I didn’t always know the direction it was heading. Definitely worth the read and to top it off my copy is signed! 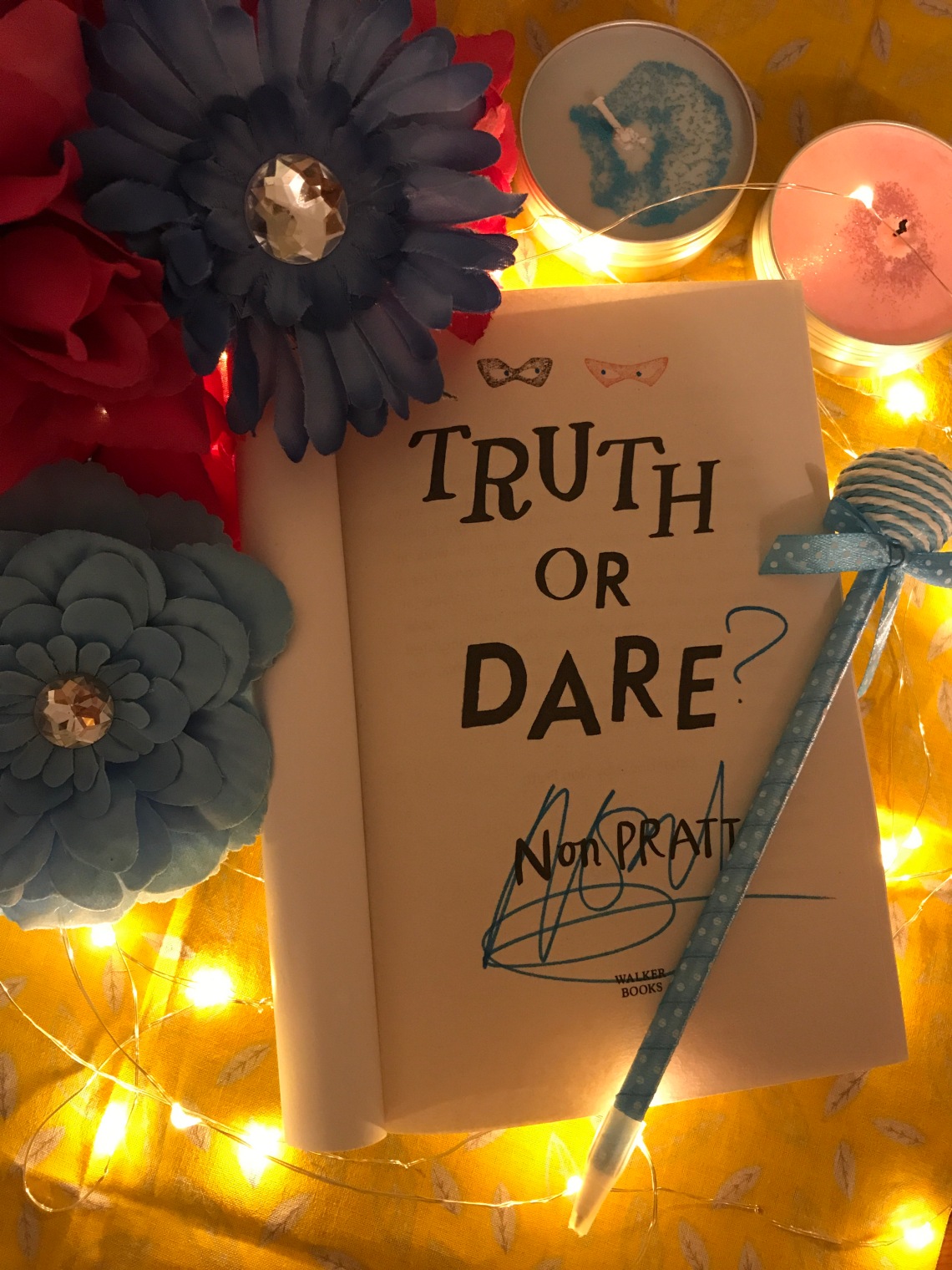