This box was one of Bookwormcandles first limited edition boxes. I was lucky enough to get one before they sold out. As seen from previous posts I am a fan of the A court of series even if A court of wings and ruin is not my favourite book written by Sarah j Maas I still love most of the characters. 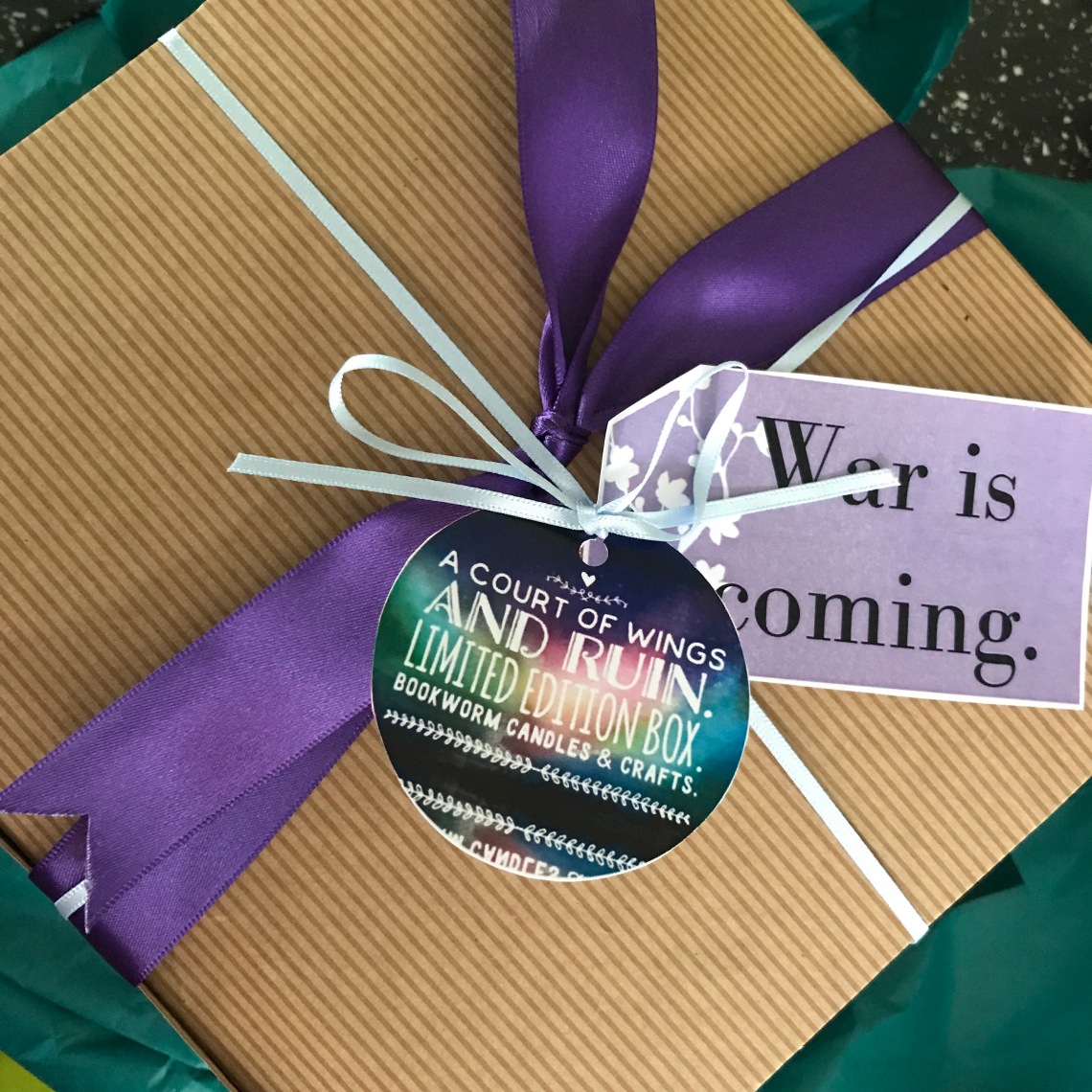 Just like all the boxes I have gotten from Bookwormcandles the box was beautifully packaged.

The box included five candles and a range of extra bookish items. I will start with the candles which all smelled lovely as usual.

4oz Summer Solstice. This one of my favourite scents. It smells like early summer when flowers are in bloom and everything is fresh. The pink and gold glitter is really pretty and it looks great as well as smelling fantastic. 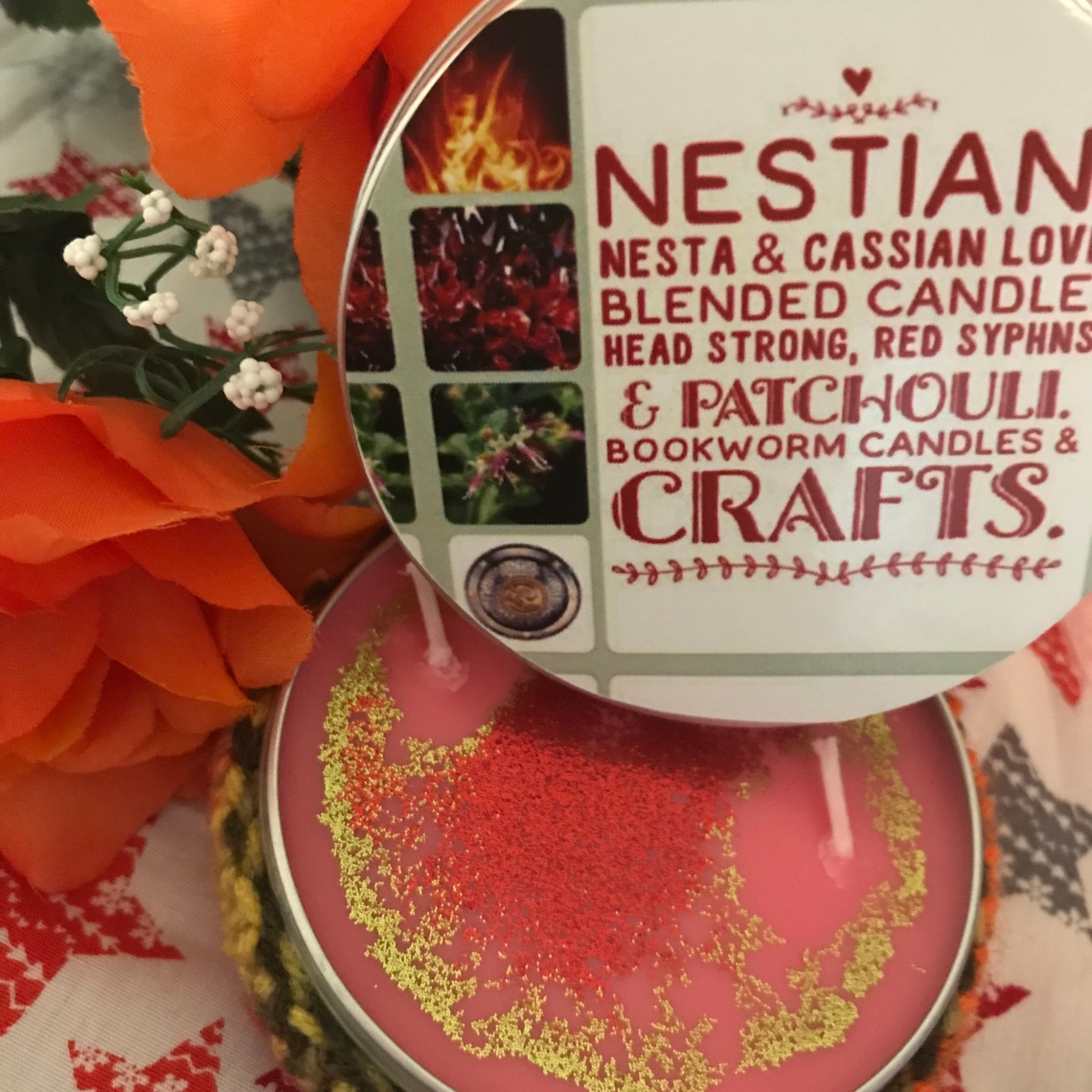 A 4oz Nestian candle. The candle itself is beautiful. The colour is lovely and the scent is more subtle then the others. I just don’t like what it represents as I hate Nesta and don’t think she deserves Cassian. I think this candle was a risk to put in the box as from my experience the fandom is split of this pairing, people seem to either love them together or hate it. It is not a widely loved pairing like feysand. The candle is still lovely if you forget who it represents.

4oz Cursebreaker candle which is a beautiful rainbow with glitter. This smells like soap. It’s really fresh and is a clean scent. 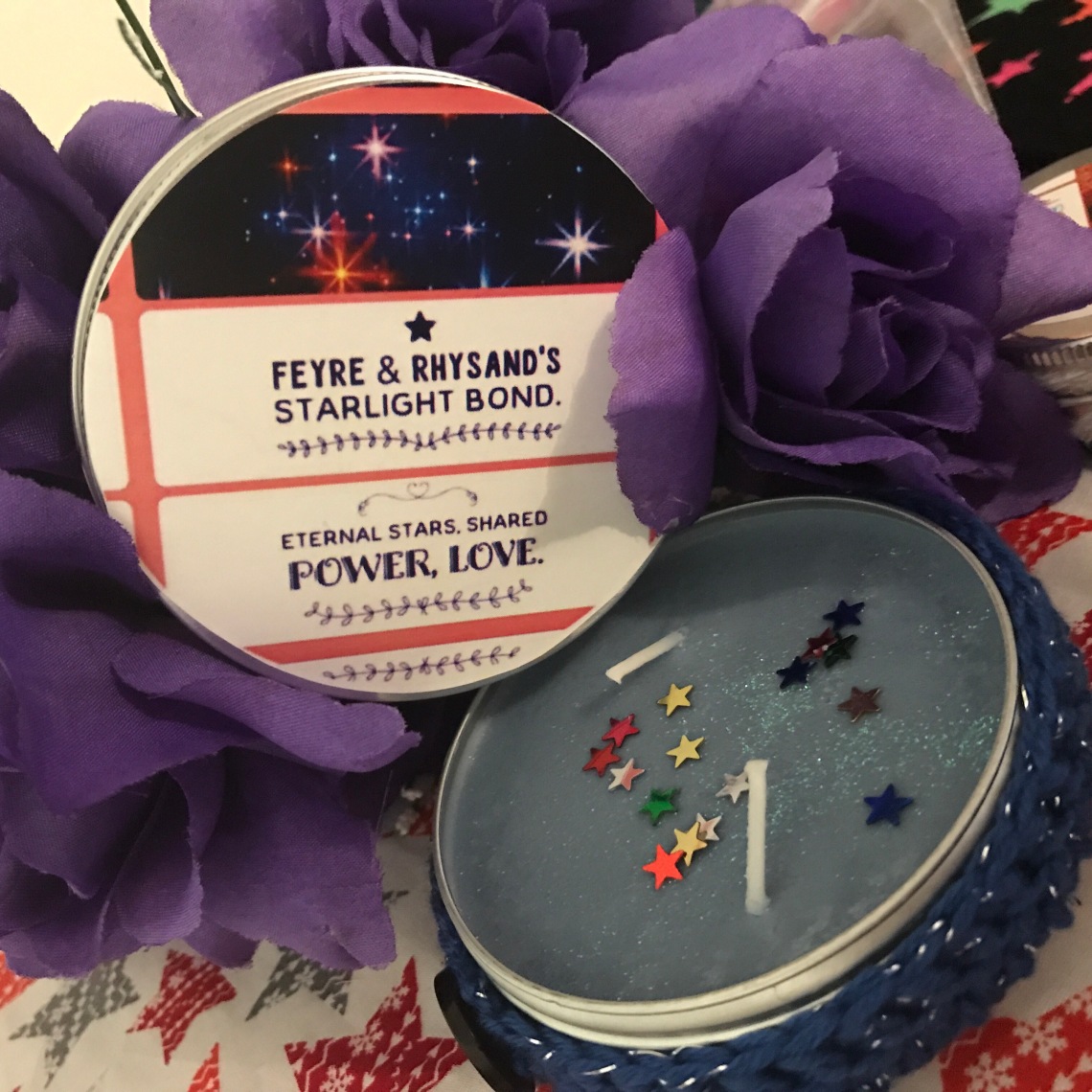 A 4oz Feyre and Rhysand’s Starlight Bond. This is a stunning Blue with a sprinkle of stars the perfect design for these two. It smells like musk to me which I think is the perfect sort of scent for what this candle represents. 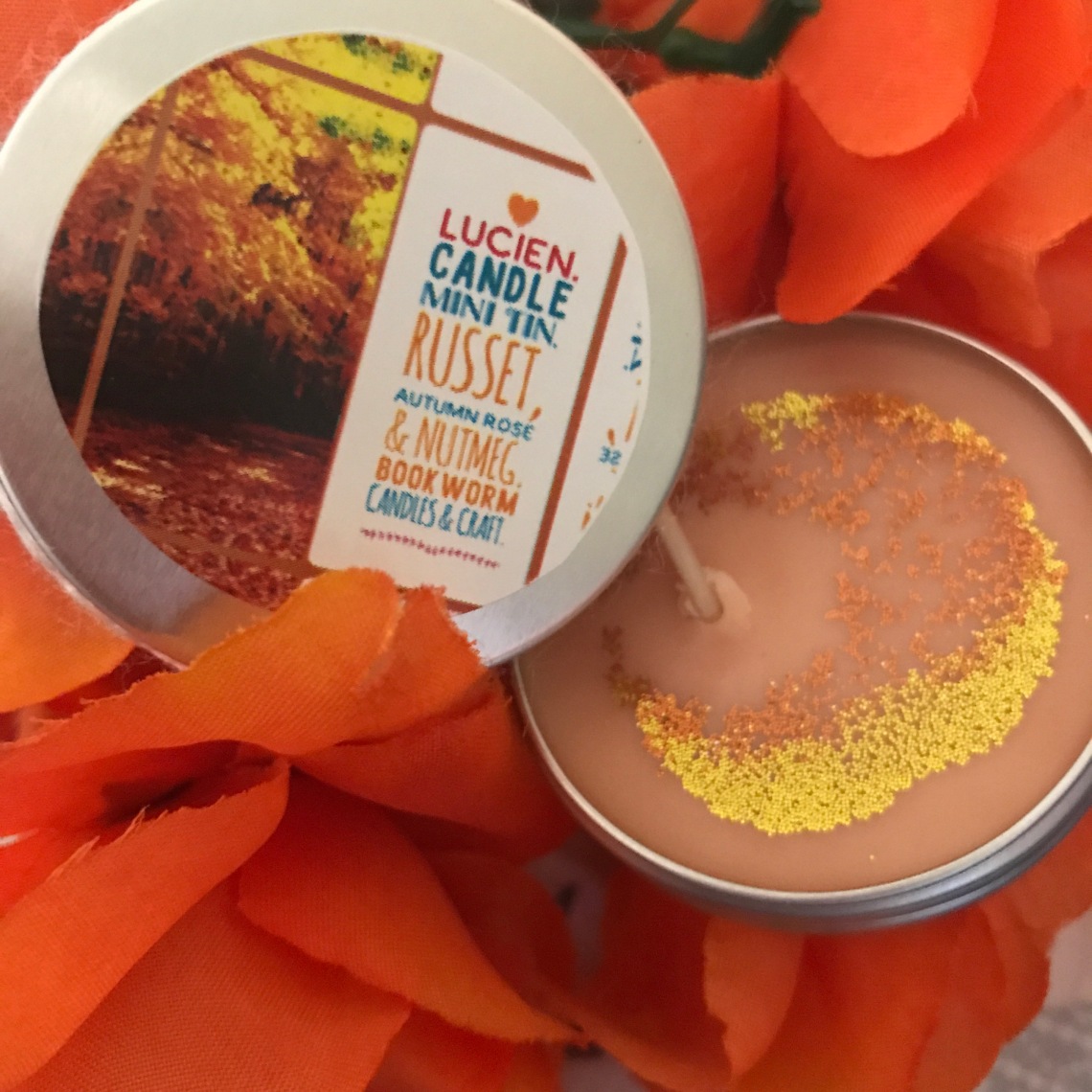 A Lucien sample candle. I love Luciens character. He is a very complicated character but ultimately good. This candle smells of autumn and I’m in love with it. I would have loved to have this as a bigger candle instead of one f the others. 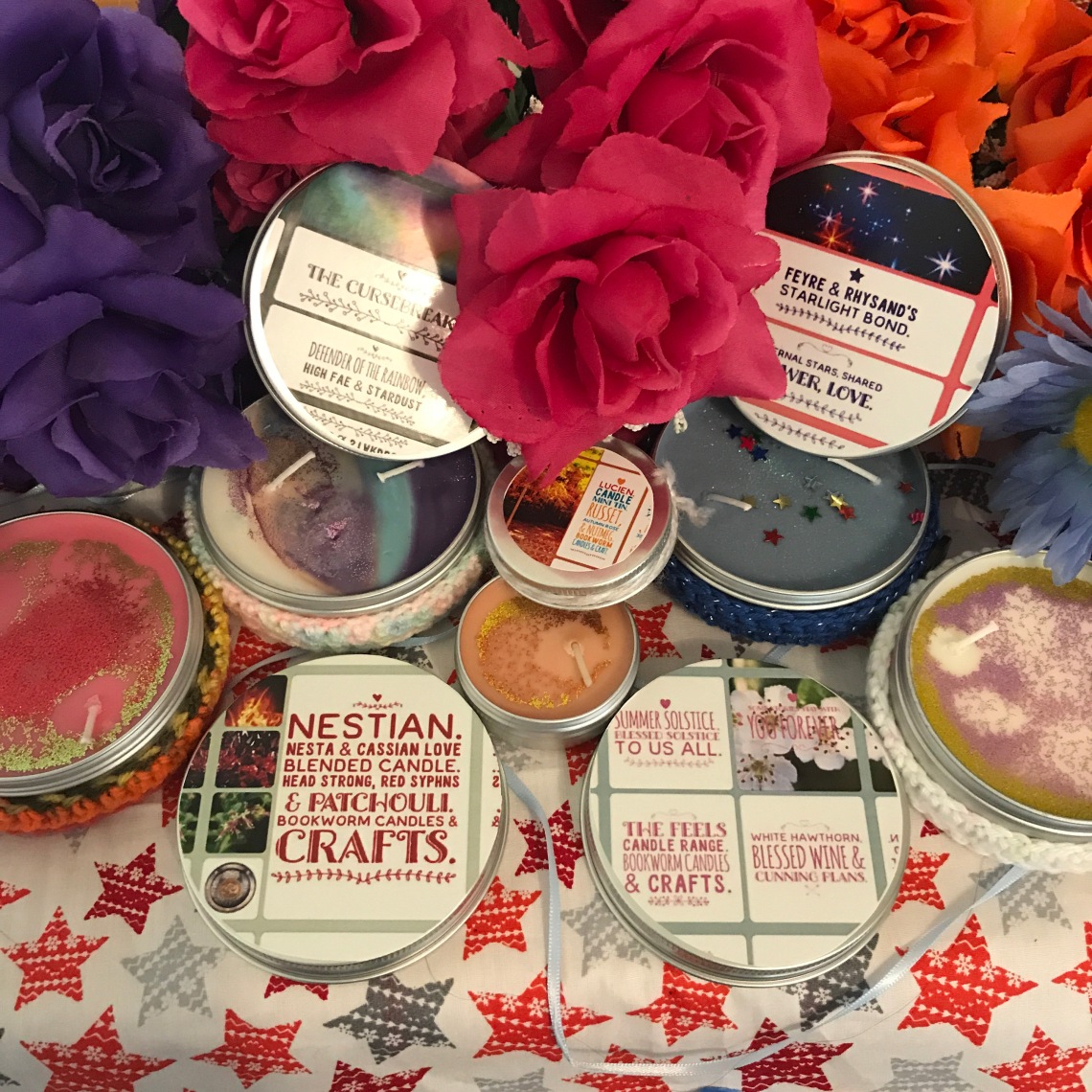 Now to the other bookish items:

Star rainbow socks. I love a good pair of socks and these are lovely and colourful. They are soft and comfy and really cute.

A bookish ring. There were two options Stars eternal or night triumphant. I received night triumphant. The ring is beautiful and I love the quote. The blue is great. The only problem is that it’s a bit too big for me! 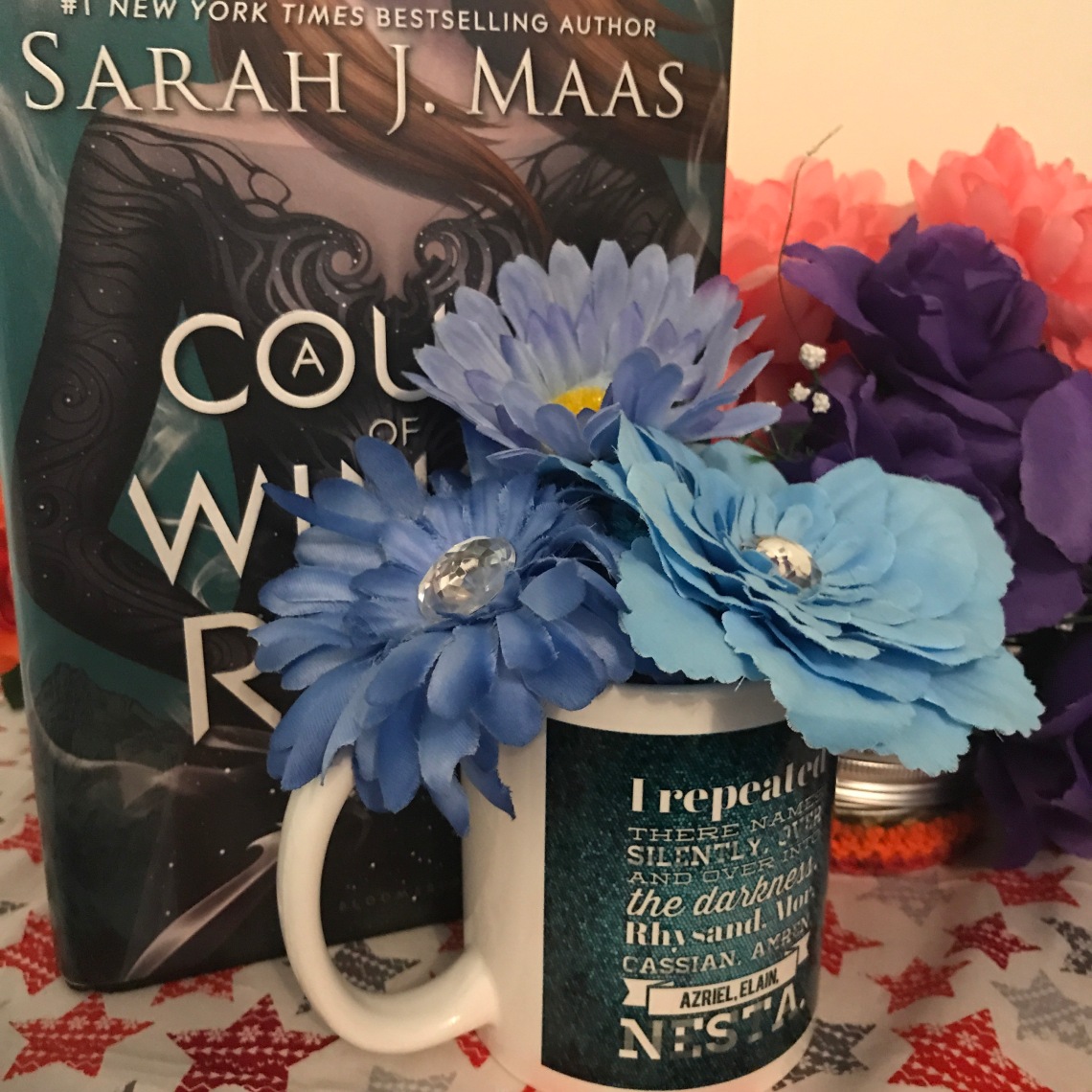 A quote mug. I don’t really like the mug. I was excited when I saw a mug in the box but when I opened it I was disappointed. To start with the quote is spelt wrong and secondly it is not a great quote. I don’t understand why people seem to obsess over this quote. There are so many better lines in this book than this one. This one is basically a list of the characters names. Which to me is boring. 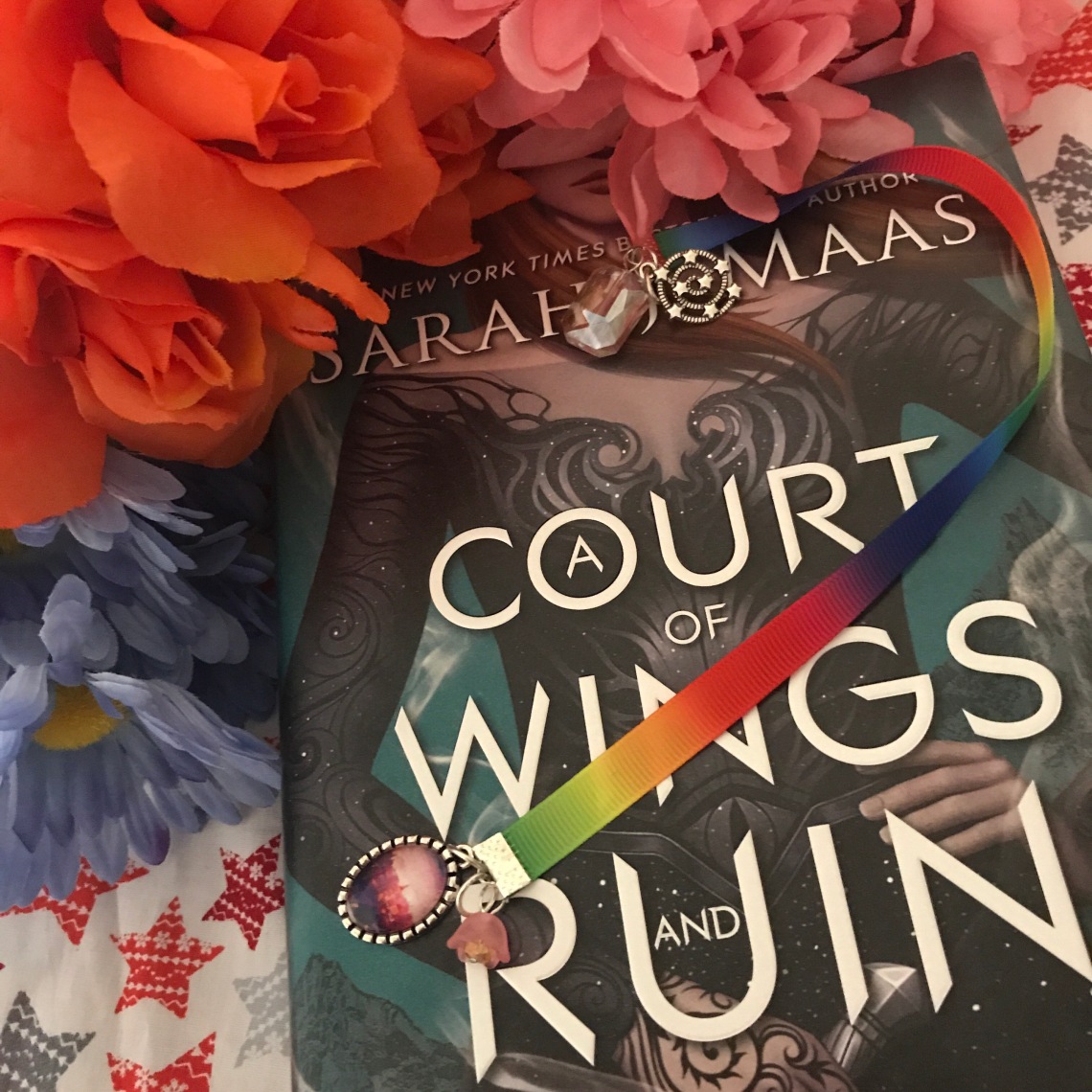 Rainbow of Velaris ribbon bookmark. This is stunning. It is wonderfully colourful and I think it perfectly represents how I imagine Velaris.

Lucien descriptive bookmark. This bookmark is meant to show what the inspiration behind the candle is. It is simple and study. A bookmark that is unlikely to fray. Mine was originally missing from the box but Bookwormcandles was quick to send it out to me separately.

Overall I liked the box. I was disappointed in a few items but all the candle scents are great which is the most important thing in a candle box.